“Great things in business are never done by one person. They are done by a team of people.” – Steve Jobs

It doesn’t matter what your organization does or sells. At its core is human talent.

And for your business to succeed, it’s crucial to foster the most effective team dynamics.

As great business leaders know, you can’t assume that individuals will form a cohesive team that works together to achieve business goals. Regardless of how talented each one is.

It’s therefore imperative for business owners to understand that their success depends on understanding the various personalities, communication styles, and tools each person has, eliminating distractions and empowering them to contribute towards a common goal.

This article will explore the five stages of team development along with some practical tips from leaders who have been there.

Building effective teams and the importance of team development

In a Deloitte survey, 94% of senior executives and 88% of employees stated that workplace dynamics is important for achieving business goals.

As a result, modern organizations have tried to create and nurture a culture that motivates and engages their workers.

Over the years, Human Resource development has transitioned from a relatively new academic discipline to an integral and essential part of every organization. Researchers, experts, and practitioners are continually showcasing new practices based on psychological data to help companies build the right teams to succeed.

“Team Building” became the buzzword years ago but do we really know how an efficient team is created?

Tuckman’s model of the five stages of team development remains one of the most influential models in this regard.

What are the five stages of team development?

The significance of this model reflected the growing importance of team building in the workplace, as well as the lack of research in the field so far.

In 1977, Tuckman added an additional fifth stage, adjourning, also referred to as “mourning” in some texts, to complete the model we know today.

This is the phase where team members are first introduced to each other.

Team members are motivated about the start of a new project, but still uninformed about the goals and overall culture of the organization.

The more mature members in the group will attempt to get into discussions about the scope of the task and ways to approach it. As members become familiar with their roles and responsibilities, team leaders need to address this stage carefully, laying a solid foundation for the next stages. But how?

Other steps you should take at this phase:

Mellstock operations director and top HR professional Emily Trescothick is someone who has seen the good, the bad, and the ugly when it comes to team development.

Here’s what Emily said about this phase:

“Ah the forming stage! This is where so many organizations get it wrong from the outset.

Most organizations are in such a rush to get the work started, that new team members don’t even get a proper orientation. I’ve seen new team members sitting alone at an empty desk without any equipment, not even knowing the names of their team members.

It goes without saying that this is a recipe for disaster.

Take time out to ensure that new team members are comfortable, confident, and happy in their new work space. Modern companies will often provide a welcome pack containing company t-shirts, pens, and gadgets to accompany their welcome session.”

To be able to go on to the next stage, it’s important that team members know who they should reach out to for help and what they can start working on right away.

TIP: Fully utilize digital onboarding if you can. Trello has even created a specialized new employee onboarding template. This is what it looks like:

After each team member has been assigned a specific role, power equations come into play.

Hierarchies are set up.

This is the stage where every team member has formed an opinion about the character, skills, and integrity of fellow co-workers. They can identify their strengths and flaws, and either learn to embrace them or avoid them altogether.

The reality and weight of the project timeline starts to sink in. Work begins and discussions that move the project forward take place. Personality clashes are expected at this stage, which is why conflicts arise. Businesses shouldn’t try to prevent or hush these conflicts as they are the source of innovative ideas and solutions. Instead, this stage requires the maximum attention of team leaders to resolve internal conflicts.

Some steps to take at this stage are:

Track your team’s time with ease

Storming – A critical phase in your team development strategy

At the end of these feedback sessions, many leaders find team members doubting their own capabilities and frustrated with the workload. It’s important to consider here that these individuals come from varying backgrounds and might not be aware of company culture or even office processes.

Mentoring or coaching is a concept that comes into play here.

Unfortunately, this doesn’t always occur in the 2019 workplace.

New leaders may be so enamored with cutting-edge technology, that they tend to forget the importance of mentoring according to an Inc. article.

Key steps at this stage include:

The storm has now passed.

People who can move past conflicts and disagreements will now form intimate friendships with colleagues.

They will be able to compensate for areas in which fellow team members lack expertise and work together towards a common goal.

Individuals will also start respecting the authority of the team leader. The first team results will appear, which team members will celebrate while being motivated to work harder to overcome any failures. It’s important for a team leader to ensure that members don’t share controversial ideas or get into any conflicts at this stage.

As creative director, I work with companies to improve their marketing communications and content. One area that can really suffer during the norming phase is creativity. To keep collaboration and creativity a central focus, check out these winning team communication strategies.

Streamlined time tracking and much more

This is the stage where members are confident enough to fulfill their responsibilities without supervision.

Everyone is on the same page and working in unison to approach the end of the project timeline.

This is the stage of maximum productivity and efficiency where roles become more functional and flexible. At the same time, this is also a period when team leaders can expect dissent and frustration from members. Even the most high-performing teams can revert to the storming phase under increasing workloads and deadline pressures.

To deal with these situations:

trade.io chief marketing officer Helen Astaniou heads up a large and dynamic team in the fast-paced world of financial and crypto trading. Here’s what Helen advises:

“It’s actually such a simple equation.

So, they need positive, proactive leaders to guide them through tough deadlines and stressful situations. If you’re watching your team struggle from the safety of your glass office, then you’re not going to see great results.

Get involved. Remain calm and offer to assist with project tasks, even if it’s something as simple as making everyone coffee. We’re all in this together, a shared workload leading to a shared success.”

Tuckman and Mary Ann Conover Jensen brought in this fifth stage of team development after reviewing literature in 1977. They identified that the idea of “separation” remains an important issue amongst team members throughout the cycle.

At this stage, the team disbands after having completed the project deliverables and remaining formalities. Many members will have grown close and will cherish the experience. Conflicting emotions could arise here, with those afraid of change becoming flustered about future uncertainties. As one project ends, another might be starting up, either with the same team or new players added.

Emily reflected on this phase, offering the following advice:

“All too often when a project is completed, the team leaders will just walk away. Or worse still, privately celebrate their own success.

If you want your team to perform well on the next project, then you need to pay attention to your handling of their success.

I recommend an offsite morning or team day to celebrate success and reflect on areas that could be improved next time. This is an opportunity to draw a line under the project, reward your team and take a breath before the next assignment.”

If your team isn’t all in one place, make celebrating wins a key part of your culture. Offering extrinsic rewards at the completion of a job or simply recognizing team members can contribute to increased employee happiness — a key measure of engagement.”

Out of sight, out of mind? Relevance in the age of virtual high-performance teams

The forming, storming, norming, performing, and adjourning model provides a definitive guide to team-building and engagement in organizations. It has helped modern HR teams understand the need to transition from individual productivity to group cohesiveness in supporting business goals.

But, how well does the model serve in this age of virtual or remote teams? Well, 65% of remote employees suggest that they have never been part of team development activities.

Over 16.5 million people in the U.S. alone, including freelancers and remote workers, form what is known as the “gig economy.” The good thing is that Tuckman’s model is accessible, easy to understand, and flexible enough to be applied to different settings.

New technologies, such as Basecamp, Hubstaff Tasks, Trello, and many other team management software, are enabling teams to document conversations, maintain updated records and facilitate communication between employees and virtual teams. Methodologies like agile project management can help keep teams in sync and growing with ease.

So, in 2019 the five team development stages model is still relevant, it just needs to utilize modern technology to be practical.

What do you think about the five stages of team development? Has your company followed this process? Comment below and let us know your thoughts.

Productivity vs. Efficiency: What’s the Difference?

Productivity and efficiency are terms we often use interchangeably when speaking about performance. But when you look at productiv...

Trello vs. Asana: Which Project Management Software Can Boost Your Workflows?

Trello vs. Asana: both are outstanding project management tools, but some differences set them apart. With so many software option...

India and other countries have a large pool of talented virtual assistants who can help your business succeed while charging a rea...

Are you considering a no-meetings day at your company? It’s a good idea. As you’re reading this, there’s probably a meeting... 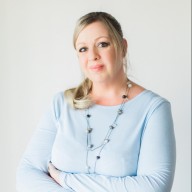 Charli Day is a writer specializing in small business, productivity, and content engagement.

How to Plan Out Your E-commerce Projects

E-commerce is a rapidly growing industry that’s shaking up the way we buy online. Unlike traditional retail, e-commerce has low barriers to entry, smaller startup costs, and bett...

How to Be a Transparent Leader (and Why)

Studies show that 57% of employees who quit their jobs are fleeing a bad leader. Another 32% are seriously considering quitting because of their manager. Are your people ready...

Part-Time vs. Full-Time: What Is the Difference When Hiring Employees?

If you’re hiring and managing employees, it’s essential to know the advantages and disadvantages of part-time vs. full-time workers.  Each employment type differs regardin...

Why Team Failure Happens and How to Overcome It

Strong teams enjoy greater productivity and engagement. Meanwhile, the organization they belong to benefits from high performers, greater innovation, and improved output. That all...