As history has proven with any great shifts driven by technology, there are threats and opportunities.

But predicting the long-term impact of new technologies can be challenging. Take, for example, the compact disc. When the first commercial CD was launched in 1982 (Abba’s The Visitor, incidentally) many predicted the death of vinyl. But fast forward 36 years later, and vinyl is enjoying a renaissance.

The same applies to artificial intelligence and the impact it might have on society, and in particular, construction.

Nobody can be sure of the consequences. Decades of far-reaching improvements in information and communications technology have already changed the way we work and interact with each other.  New roles and industries have been created due to the internet.

Enlisting robotics in the construction industry

But this rate of change is being supercharged by AI, and we are seeing it in construction.

A few examples include the Autonomous TMA Truck, which is a driverless vehicle. The vehicle is fitted with an electromechanical system and fully integrated sensor suite that allows the truck to follow a lead vehicle completely unmanned. The neat thing is it means a driver can be removed from the truck in any potentially dangerous situation.

Another example is LENS, which is a model-based estimating tool that ties together BIM to Art to Science Estimating (ASE) in the initial stages of a project. Essentially, this tool is all about making estimating faster and more efficient in the early stages of a job. It means a user can work with any model, cutting down on the time needed to update estimates.

Are you prepared for the future of construction?

Get our free construction management bundle to save you time and money.

AI is also being used increasingly in applications for surveying and analyzing materials and structures. US firm Roadbotics is aiming to “revolutionize” the way road infrastructure is maintained and managed. The company uses cameras fixed on a car windshield to record the condition of a road. AI software is then used to analyze the data and develop maps flagging where maintenance work is needed.

Anyone who has witnessed the state of the UK’s roads recently will be more than keen to see this technology introduced here!

AI is also being used to ease the communication between the different players in the construction process. US software firm PlanGrid offers an app that gives real-time updates and synchronized files to allow architects, designers, and contractors easy access to the plans on a job. It allows project data to be accessed on the spot by anyone on the team from a smartphone.

Meanwhile, Japanese company construction equipment company Komatsu has launched Smart Construction, in which drones survey construction sites, create 3D maps, extract blueprints, and simulate construction plans. This type of technology also boosts safety on a site as there is a reduced need for somebody to investigate a potentially dangerous part of a site.

AI is also, of course, being used in the form of BIM. But a report published by the Royal Institution of Chartered Surveyors last year predicts that AI will “help to redefine and extend the role of BIM”. This could involve identifying missing components and details and warning of conditions that have been “previously identified as unsafe, potentially inoperable or judged to be undesirable.”

The report states, “BIM will become the norm for new buildings and many other facilities, including infrastructure: it is largely a matter of time.”

Hubstaff is trusted by over 10,000 teams to streamline operations

But with all this new technology, what is the human impact? An estimated 5.1 million jobs are expected to be lost in the next five years due to advances in technology, specifically those in artificial intelligence, machine-learning, 3D printing, and robotics, according to a report from the World Economic Forum (WEF).

Of those job losses, construction and extraction are anticipated to account for nearly 10 percent.

The report says, however, that “technological disruptions such as robotics and machine learning—rather than completely replacing existing occupations and job categories—are likely to substitute specific tasks previously carried out as part of these jobs, freeing workers up to focus on new tasks and leading to rapidly changing core skill sets in these occupations.”

So it’s not all bad. In construction, it is likely to mean workers moving from working inside a machine to a central command center, where they are overseeing operations, helped by telematics, automation, and drone monitoring.

Other aspects of the report are also heartening for the industry. The advances in technology suggest an extra 339,000 new jobs could be created in architecture and engineering.

However, the WEF has a warning. It states, “In such a rapidly evolving employment landscape, the ability to anticipate and prepare for future skills requirements, job content and the aggregate effect on employment is increasingly critical for businesses, governments, and individuals in order to fully seize the opportunities presented by these trends—and to mitigate undesirable outcomes.”

It adds, “Firms can no longer be passive consumers of ready-made human capital. They require a new mindset to meet their talent needs and to optimize social outcomes.”

The entwined futures of construction and artificial intelligence

As we can see, there are many areas where AI can have a positive impact on the industry. It can lead to a safer, more efficient sector where data and robots are used to improve business practices and help eliminate risk.

But it is the human cost, in terms of the inevitable job losses, that the sector must be aware of. It is important that the industry starts thinking now about training people to develop the skills needed to manage the new technologies.

AI is destined to become part of the industry more and more, so it is vital that companies come to terms with its impact… and fast.

We’ve seen technology improve every facet of this industry, from how contractors bill and communicate with clients to the way teams track work using GPS location. Is artificial intelligence another one of these time-saving advancements, or something else?

About the author: Gari Nickson is an expert in the application of artificial intelligence in construction. He’s an entrepreneur, co-founder of GenieBelt, and adviser to Contractor Freedom. Follow Gari on Twitter. 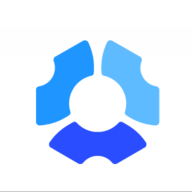 20 Business Blogs That Will Blow Your Mind in 2020

Why We Built Hubstaff: Personal Pain and the Need to Be Free

How to Deal With Angry Customers in Field Services