This is a guest post by Justin McGill, founder of LeadFuze, a lead generation and cold emailing tool.

When I launched LeadFuze a year ago, it was nothing but an idea. I launched the business in 24 hours, as part of a “product challenge”.

The 24-hour deadline helped me prioritize the most important aspects of the business and start talking to people. In order to get launched quickly, I decided to take a look at the existing options that I had.

I had some software I had built up over the years at my digital marketing agency to help grow and scale that business. The software would pull in businesses based on keywords and then look for contact information so that I could cold email them. I hated cold calling, so email was the only option.

I decided to make LeadFuze a productized service where I would use this old software and find leads for customers. Then, I would write the email copy and do the email sending to those leads on behalf of the customer.

My end goal was to be able to justify working on the software further so that it was a SaaS business eventually. However, SaaS businesses can be tough because there is usually a slow SaaS ramp of death to deal with.

I set a goal of hitting $1,000 per month in revenue within 30 days to validate that this model would work and to justify continuing with the business.

.@leadfuze used this simple tactic to grow their MRR from 0 to $30k in just 12 months Click To Tweet

Upon launch, I immediately shared it with Facebook groups and online communities where my target customers hung out.

Even though it was Christmas time, I was still able to get several conversations started that would eventually lead to my first few deals at the turn of the new year.

Luckily, I hit $1,000 in revenue within the first 30 days which allowed me to continue trying to grow the business.

Start with Low Prices and Increase as You Validate

I started with lower pricing ($300 per month) even though I felt I could charge closer to $1k/mo for this. However, I needed to get customers and I wanted to test the concept.

Before each price break, we made sure to let potential prospects know a couple weeks in advance. This always led to a mad dash of signups just before the price increase.

The new quarterly terms allowed us to get away from super early stage customers who hadn’t figured out their ideal targets, their sales process, etc.

This is still relatively underpriced, but I think it’s a good little sweet spot. You should always look at testing your pricing every six months.

In fact, it’s been almost six months since we’ve done anything to the pricing, even though we’ve now rolled out a major update and added more value by giving real-time access to a dashboard, their lists, etc. So we’ll be raising the prices pretty significantly again soon.

Getting Signups From People That Don’t Know You

You know your business has some potential when you start getting signups from people that don’t know you.

Being that I hated cold calling, I knew I needed to reach out to people via our own cold emailing system.

Here is an example of a cold email I sent to a target customer vertical of accountants early on:

This works for several reasons:

This led to lots of conversations with new people who were interested in hearing about what I had to offer.

As the Founder, I had to wear many hats at once so this was helpful. It ensured I was only spending time with people who actually wanted to talk to me (they replied with interest to my cold email).

As my time was being spent more and more on sales calls, I knew I needed help. As the Founder, you will always be the best sales person.

As you spend time selling, you need to document how your calls are constructed because your plan should be to bring on additional sales people (always hire two) to help you grow the business.

New sales reps will need to hear how your calls go, and familiarize themselves with a script.

You will want a full sales playbook that you can hand new sales hires so that they not only understand the script and conversations, but how to log these into your CRM, what to do for follow-ups, etc.

Our playbook has email templates to use, screenshots of the CRM being used throughout each deal stage, when to follow-up, and a host of other things. You can get a complete walkthrough of our sales playbook here.

Launching the Software Once Revenue Justified It

Ship fast the @leadfuze way: skip the testing period and go into launch mode with your beta version Click To Tweet

Once we noticed that the productized service was taking off, we began mapping out the SaaS version of our product.

We knew this was where we wanted to focus our efforts and how the business was ultimately going to scale.

The initial version of our software was just the prospecting portion. It would allow you to add contacts and then our software would automatically find their emails.

I’m a big believer in shipping fast, and so we launched it the moment we felt it was ready for a “beta”. That’s right, we just skipped right over the beta testing period and went right into launch mode.

Naturally, we had lots of bugs.

At one point, the software stopped working for about two weeks. Yes… TWO WEEKS. It was a brutal stretch, as by this point we had converted our entire operation on the service side to using this new front end software.

We lost paying users because of it, we lost done-for-you service level users because of it as well. Not to mention, had to deal with all the stress of manning the live chat from users, old and new, who were confused why it wasn’t working.

We would get past it. We not only got these issues ironed out, but we were able to add the second major component to the software which allowed users to automatically do all of the email outreach and automatically drip follow-ups to prospects until they respond.  This means our entire done-for-you service, could now be done by anyone for themselves using the software.

Selling Two Things at Once Can Be Tricky

At the time, the commissions being paid were much higher for the service, so we had to make some adjustments to the commissions so that they were more incentivized to sell the software.

Now, with version 2 rolled out, we were able to increase the cost of the software which helped.

Our plans are to triple the business in 2016. Aside from hiring four more sales reps this year, we are going to be putting a heavy emphasis on content marketing and partnerships.

The key takeaways from this experience thus far would be: 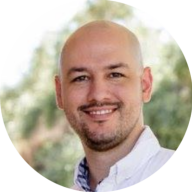 Justin McGill is the Founder of LeadFuze, a tool for sales teams to automate their prospecting and outreach. He is the author of Self Made Marketer, a book about scaling a digital services agency.

5 Common Virtual Team Challenges (and How to Overcome Them)

How a Mobile Workforce Management App Can Help Cleaning Companies