It happened! The first retreat we’ve had since the company was established (2012) and this is the place where we all met: What do you think? Too secluded? I’m kidding. This is just an Unsplash photo with a beautiful log cabin from Boulder, CO.

We actually had our retreat in Chicago, IL. Since we’re a team split across the entire globe and we don’t have a HQ, we needed an international airport with easy access for everyone. We had a few other options, but it seemed like a good first place for our retreat.

Dave, our CEO, rented a house on VRBO from Monday to Friday and brought groceries and board games. The rest of us had to bring an ice-breaker — a small item/picture/story — that we could share with the team to get a glimpse of one’s passion. I only took three t-shirts with me because I knew we’d receive some Hubstaff swag. Here is a sneak peak: Do you like it? Each one of us got a handful of them, so don’t worry, I was still “mountain-spring” fresh by the end of the retreat. The entire team wasn’t able to get to Chicago for the retreat, but since we’re a fully remote company, we made sure we did not spare anyone, so the rest received the t-shirts in their mailbox.

So what activities did we do?

It was a small gathering, only 9 people, but it felt more like a meetup of friends than a company retreat, at least that was my feeling. We had our breakfast in the morning followed by a few talks or workshops.

To kick things off, Dave and Jared, our co-founders, presented the big picture of Hubstaff. The next day the rest of us gave 30 minute talks where we got to share the work we do and the value that it brings to Hubstaff. Of course we did not forget the rest of our team. Every presentation was live streamed and shared via our #retreat slack channel. If I’m not mistaken, a few of them might have popped up a bag of popcorn while watching.

In the afternoon, we dove into brainstorming sessions where we split into small groups. Each group would pick a part of the product to evaluate how it could be improved. An hour and a half time-frame was reserved for these sessions – one hour for teamwork and thirty minutes for presenting the findings and solutions to the rest of the team. We had more relaxed activities as well, like a treasure hunt on the Magnificent Mile — never do that, it’s expensive and not a team oriented activity at all — and an escape room. The latter was amazing! We booked the PanIQ Escape Rooms due to their good reviews. And good they were indeed. Well organized and they thought everything out so each person had an important role to play in making it out in time.

The evenings were more social oriented, where we went out to a restaurant/bar to hang out, play some pool, darts, shuffleboard, etc. We got to interact on a more personal level and find affinities between us.

But I know you did not come here only for the experience sharing. You want to get some useful information out of this. That’s why I’ll share with you some numbers.

By excluding the travel costs, the total spent was significantly lower. We’re still a small company, and for the first retreat we couldn’t afford to pay for everyone’s flight tickets. So if you think you can’t organize a team gathering without covering all expenses, you’re wrong! If people are willing to meet and know more about the ideas, vision and create connections on a different level with the other team members, then a flight ticket is the least of your problems.

5 lessons we got out of this retreat

Two words: cultural development. Based on discussions by the team and the management, we started pushing towards this direction. It’s so important if you want to keep a healthy work environment where everyone is appreciated and has a chance to grow. Eventually all that personal growth will turn into value that each member shares throughout the company’s endeavor.

When you’re bootstrapped, like we are, it’s not that easy to organize a retreat due to increased expenses, so you eventually need to cut costs somewhere, but if you value the time spent with the team, you can definitely make that happen. Just like we did by paying ourselves for the flight tickets.

14 days free - what are you waiting for?

We asked at the end of the retreat: “What did you get out of this retreat?”. Most of us came with pretty low expectations. For instance, Daniel mentioned that he came to see who everyone is, but left knowing what each one of us is actually doing. Or Dave, who wanted to come and meet with his coworkers, but left feeling more like he met up with his friends. It’s a good question to ask to get the pulse of what we can improve further on for our next retreat.

The “water-cooler” talk is more alive than ever. In the evenings when we got out for dinner or playing games, we got to socialize on non-work related stuff and that adds a personal touch to the team. Usually, if you work in a cubicle you’ll probably get this everyday. In a remote environment you don’t get it that often, though it seems that when it happens, it’s more meaningful than the day-to-day blabber.

You get to develop skills during the brainstorming/workshop sessions on certain parts that are not necessarily your strengths. All in all it was fun, inspiring and relaxing. I’d want to say it’s the best retreat I ever went to, but that wouldn’t be fair as it’s the first one I ever attended. I’m more than happy to have taken the time to fly to Chicago and back home, even though it was a long flight (15 hrs flight + time zone difference) and it was only for a week.

My batteries are charged for another year thanks to this retreat. It gave me confidence that the part I’m contributing to is important to everyone, not only me. I’m glad to be part of this team and rest assured, we’ll have a yearly team gathering from now on.

This is just the start towards our cultural development journey. We definitely felt that in order to have a suite of products that creates trust and efficiency for every remote company, we first have to create a more homogeneous group in our own “neighbourhood”, and culture is the answer to that.

And I’m not leaving you without our retreat picture. You probably saw it in Madhav’s recent article on keeping yourself motivated at work. It’s not the best, but that’s another good reason to have another retreat next year. Are you looking to organize a retreat? Have you ever attended one? What were your struggles and how did you overcome them? Let us know your thoughts. 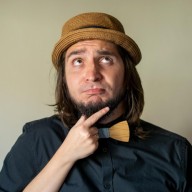 Raul is an integral part of the Hubstaff team. In his free time, he enjoys photography, diving into literary works, and traveling. You can find him online at Unsplash.

Gusto and Hubstaff Team Up to Make Payday Even Better

Teamwork Timer: How to Track Time Spent on Teamwork Tasks

Welcome to the Shiny, New Hubstaff