Mobile devices have become some of the most frequently used tools in the world, as people use them for everything from communication to looking up answers to various questions. This also holds true for buying products. Consumers are now using mobile devices to make purchases at a high rate.

For organizations that sell products online, this means mobile presents itself as an avenue for completing sales. If you are trying to decide whether your organization should invest in mobile spending, below is a discussion of the opportunities that increased mobile spending will provide for your company.

Mobile on the Rise

Mobile usage is increasing at a rate that dwarfs the rate at which people adopted traditional web use in the 1990s. This has led researchers to predict that mobile data traffic will increase by more than 18x the current statistics for worldwide usage. These predictions suggest people will be using 10.8 exabytes of mobile data per month by the year 2016. With over 10 billion mobile devices already in operation worldwide, improving technology and lower prices, it is evident that mobile data usage is only going to increase.

Mobile devices make it possible for people to access information and take action at a fast rate. This is particularly important when it comes to the buying process, as consumers are making purchase decisions at a much faster rate on mobile devices. This is a breakaway from the traditional “search now, buy later” mindset that desktop shopping displays.

Perhaps the most intriguing point for an organization considering mobile investment is that consumer spending on mobile devices is exceeding desktop spending. Some organizations reported customers were spending 2% more on mobile orders than desktop orders. As you consider this statistic in terms of your company’s bottom line, it becomes apparent that mobile sales represent a significant opportunity.

Not only are people spending more via mobile devices and making faster decisions, they are more active in general in comparison to traditional desktop use. Data from 2012 indicated that mobile click-through rates surpassed desktop click-through rates by 45%. This data suggests people are continuing to move away from traditional computers toward hand-held devices when it comes to web searches.

For an organization that wishes to take advantage of increased mobile usage, mobile advertising presents itself as a means to throw your hat in the ring. Facebook and Google offer effective and easy-to-use platforms for creating mobile advertising campaigns.

Mobile ad spending statistics suggest this is an opportunity that is being taken advantage of on a large scale. $8.4 billion were spent on mobile advertising in 2012, with 47% of the spending taking place in North America. This total mobile ad spending is expected to increase to $37 billion by 2016.

This spending excludes message-based mediums as it strictly refers to search advertising and display advertising. These trends suggest marketers are trying to take advantage of the aforementioned popularity of mobile search and increased mobile data usage.

Mobile advertising continues to increase due to the ROI that marketers can expect from their efforts. Data revealed that the average ad dollar spent per mobile user in North America was $30. This is a statistic that is expected to increase to $46 by 2016.

While the data suggests that mobile advertising has been a profitable investment worldwide, many organizations remain skeptical. For individuals who are unsure about the value of mobile, mobile advertising platforms offer metrics for determining the success of an individual ad or a campaign. Just as testing and analysis can generate a measure of minerals in water, mobile advertising platforms generate feedback to measure the performance of advertisements. This data includes how much traffic an ad generated, sales conversions and demographic information about the generated traffic.

The previous research indicates a trend toward increasing mobile usage and spending. For marketers, this presents an opportunity to profit by increasing spending on mobile selling and advertising.

Get access to Awesome Contractors that Work on an Hourly Basis.

The fastest, easiest way to start building your next marketing project. 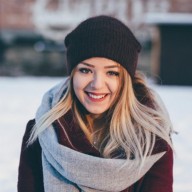 Our world has become a virtual place, the fact that you are reading this right now proves just that. Everyone is on the internet searching for something. You may be looking for an answer to a question, fuel for your fire of interest, or you might just be curious about the unknown. Whatever it may be, I hope you find it here.

The Improved Social Media Content Strategy That Boosted Visits by 230%

Intercom: Most badass support software ever?