Starting a new project is thrilling. You have your team, your goals, and your process all ready to go.

Then, disaster hits. One small change totally derails your project.

Fewer than a third of all projects were successfully completed on time and on budget over the past year.

That’s not the most confidence-boosting project management statistic.

The question is, how do you avoid project management failures?

In this article, we’ll cover:

For every $1 billion invested in the United States, $122 million was wasted due to lacking project performance.

Here are the top reasons why projects spin out of control.

The lack of resources is a main reason for project management failures.

While in theory resources should be allocated at the start of the project, due to lack of communication between a project manager and senior management, this step is often missed.

Or, halfway through, it becomes clear that a project doesn’t have the team or tools to get done on time.

Before a project begins, a clear objective must be created. You should use SMART project management goals to set a finite direction, and zero in on your project’s scope.

A subpar project scope, or lack of one altogether, is one of the main reasons why projects fail.

Sure, it seems like most projects begin with defining its objective and requirements.

But in fact, only about half of project managers take the time to define a project scope.

Without an objective, there is no stakeholder buy-in, no direction for the team, and no real understanding of what’s within or outside of scope.

Failed projects can also be due to project handling.

Project hiccups or eventual failure might come down to inexperienced or non-certified project managers who lack the necessary skills to carry out the life of a project.

That’s why it’s vital to have clearly defined project management roles and responsibilities.

If you’ve hired a project manager without much experience, it’s important to offer training and opportunities to gain certification so that projects can be managed smoothly. In this case, expect a period of onboarding where the team and new hire adjusts to a process.

No matter who you hire, there needs to be a roadmap in place so that the project manager can check in with the team on their progress at set intervals.

If this isn’t done, breakdowns and poor project handling can happen.

Those who have worked in larger organizations know how crucial executive buy-in is. Which is why this statistic is so shocking:

80% of project management executives don’t know how their projects align with their company’s business strategy.

Top management or key stakeholders need to be invested in a project from the start. If they aren’t, project management failure is almost inevitable.

At some point, someone might ask, “Why are we doing this again?” And you can kiss that project goodbye.

If it’s a project for a client or customer, the same breakdown can occur.

This problem happens on both sides of a project:

Everyone involved needs to contribute to the project success or it won’t work.

You won’t hear a good project manager say (or think) this.

Good project managers don’t sweep issues under the rug or pretend they don’t exist. They stay on top of changes and incoming information at all times.

If this person notices an issue, it needs to be addressed right away.

A little problem can turn into a major one in a small amount of time.

Some of these red flags could be:

All of these factors need to be properly managed to avoid project management failures.

A good way to address this is by setting project management KPIs. These act as checkpoints throughout the lifecycle of your project.

Just like you need a strong project objective, buy-in and good resources, you equally need a realistic deadline.

KPMG reports that only 31 percent of companies are likely to deliver projects on time.

If deadlines are too tight, team members either rush to complete them or miss steps in the process.

Either way, the end result is a poor project with a missed deadline.

It’s important to allow enough time for a project to be successful. A little extra time versus not completing it is a no-brainer.

Probably the most important component of project management success is team communication.

When there is a lack of it, the team fails.

Even though you create a project schedule, assess risk management and plan every step of your project, projects are dynamic.

There are going to be unforeseen problems, resource issues, and time constraints.

However, if each member works together throughout the project, these issues can be resolved and the project still stays on budget and deadline.

Now that you’re aware of all the reasons projects fail, let’s look at specific examples so it’s easier to spot potential issues.

Looking at some case studies will also illustrate these issues in action. This will help you better avoid the same pitfalls.

IBM was on the forefront of building a supercomputer in 1956.

After that, they built the 7030, or Stretch for short.

Although it was a success, it was considered a failure because the project objective was to build a computer 100 times faster for client Los Alamos National Laboratory.

The issue was the Stretch was roughly 30 to 40 times faster; less than half of what was projected.

To further the damage, IBM dropped the computer price to $7.8 million from a projected $13.5 million, bringing in profits well below expectation.

Eventually, the company stopped selling the Stretch and only nine were ever built.

Media company Knight-Ridder wanted to be on the forefront of computer technology in the 80s.

They launched its Viewtron version of videotex first in Florida and then to other U.S. cities.

Viewtron offered banking, shopping, news, and ads all on a custom terminal with color graphics. These capabilities were better than the other competing PCs on the market.

The issue is that Viewtron never took off.

The project objective was to reach two different audiences: affluent individuals and middle-Americans. The terminal initially cost $900 and the price was dropped to $600 in hopes of increasing demand.

Then, Knight-Ridder made Viewtron available to anyone with a PC, but by that time, there was market competition and consumers had moved on.

The Department of Motor Vehicles (DMV)

California wanted to update their systems technology-wise in the 80s.

They spent $27 million dollars on a five-year plan to create a system to track driver’s licenses and registrations.

Instead of getting several bids from vendors, they just got one from Tandem Computers.

The issue was they also had to purchase hardware from Tadem due to this sole contract. It ended up costing the state $11.9 million dollars for six computers.

Not only was this price tag expensive, but the new computers were also slower than the old system.

Eventually, California abandoned this system since it was beyond repair.

To make matters worse, even after it was shut down, it was still costing the state money.

In this case, not taking the necessary legal steps to have a solid agreement with vendors beforehand quickly added up in legal fees after the fact.

How do you prevent failures?

There are always going to be problems that arise during various phases of a project.

But how do you prevent a major one from derailing your success? There are a few steps you can take so your project is not doomed after one tiny disruption.

Although you go into a project expecting the best, you want to be realistic.

There will be unforeseen issues.

By making risk management part of the process before and during the project, you can prevent little issues from becoming bigger ones.

Make sure you have a solid plan in place, a clear objective, the necessary resources and a team that can cover all the project tasks.

As mentioned earlier, Agile project management components such as stand-ups can keep teams working in sync and outputting better products.

If you aren’t familiar with Agile, it relies on a set of key principles:

Focusing on these four values will steer your project in the right direction.

The other big component of Agile is project flow. Instead of a more linear approach like Waterfall project management, Agile is built to adapt to change quickly.

In other words, yes there is a plan, but you can go back and make changes where changes need to be implemented. This allows your project to be more dynamic, scale if needed, and not rely on outdated information.

There’s no denying it: Managing projects means juggling tasks, making sure everything’s on time, assigning projects based on workload, and much more.

It can be overwhelming.

An agile project management software like Hubstaff Tasks easily organizes your information, allows for immediate communication, and is built to adapt to your team.

Using visual boards and customizing your workflow keeps you and your team on task.

Plus, if changes need to be made, you can easily make comments indicating where team members need to pivot in a new direction.

It’s easy to assign team members and add deadlines. There’s even a Sprint feature that allows tasks to be prioritized and planned for the week ahead.

Thinking through your next project

Why do projects fail?

As we’ve discussed, there are several factors.

Avoiding failure all comes down to lack of planning.

Next time you start a new project, think through the entire process and run different scenarios to make sure your plan is concrete. Then, plan for the unexpected with the right tools.

Productivity vs. Efficiency: What’s the Difference?

Productivity and efficiency are terms we often use interchangeably when speaking about performance. But when you look at productiv...

Trello vs. Asana: Which Project Management Software Can Boost Your Workflows?

Trello vs. Asana: both are outstanding project management tools, but some differences set them apart. With so many software option...

India and other countries have a large pool of talented virtual assistants who can help your business succeed while charging a rea...

Are you considering a no-meetings day at your company? It’s a good idea. As you’re reading this, there’s probably a meeting... 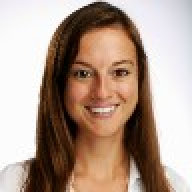 Courtney Cavey is the Director of Marketing of Hubstaff, for which she leads a remote workforce with agile project management. She is a certified project management professional and a scrum product owner. Courtney has been interviewed by Bloomberg News, The New Yorker, and The New York Times.

According to the Project Management Institute (PMI), 28% of projects fail because of inaccurate cost estimates. Many project management methodologies have sought to get rid of this...

Many growing teams struggle to juggle an ever-expanding list of projects. The best project management software for small teams helps you move on from robust spreadsheets and organi...

How to Create a Project Timeline: A Practical Guide

Your project timeline is the most vital tool to manage any project successfully. It tells you which tasks are complete and outstanding, and who owns them. It often includes informa...

Why You Need To Start Project Resource Planning, and How To Do It Well

Any project manager will tell you that successful projects happen with accurate planning, dedicated teams, and nimble processes that allow you to adjust as you go. Despite knowing...