Ahh, timesheets…Perhaps no practice of modern business inspires more yawns, general loathing, procrastination, or excuses. But how exactly did we get here? Before we dive into how automated timesheets empower freelancers and managers, let’s take a look at how this whole time-tracking thing got started…

A brief history of time-tracking

Time keeping is nothing new. Humans have been tracking time for thousands of years!

In fact, researchers believe that a sundial discovered in 2013 in Egypt’s Valley of the Kings may have been used as early as 1500 BC to “measure work hours.” 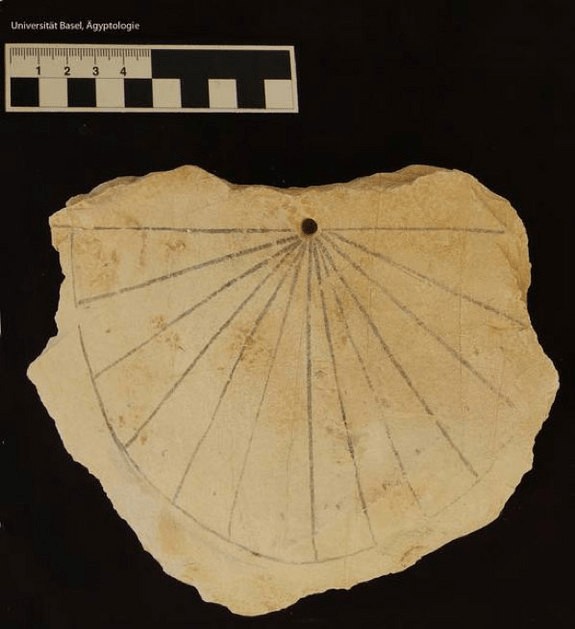 The world’s oldest known sundial, discovered in Egypt’s Valley of the Kings, was used as early as 1500 BC. Credit: University of Basel

Yet it would be thousands of years later until the modern-day “time clock” made its debut.

In 1888, Willard Le Grand Bundy, a jeweler in Auburn, New York, unveiled a “Workman’s Time Recorder” designed to track employee work hours. While patent records indicate this was not the first time clock ever invented, Bundy’s design was the first to be mass-produced.

Fun Fact: In 1911 Bundy Manufacturing Company merged with two others, forming Computing-Tabulating-Recording Company (CTR), which is now known as IBM. Various iterations on the original Bundy time clock were introduced through the late 20th century, when they were gradually replaced by computer-powered time and attendance systems. These systems utilize magnetic stripe cards, barcodes, and RFID tags to identify employees and track time accordingly.

So, needless to say, time-tracking goes way back.

Yet for as long as we’ve been tracking time, timesheets remain surprisingly primitive. Anyone who’s ever worked an hourly job is probably familiar with traditional printable timesheets like this: 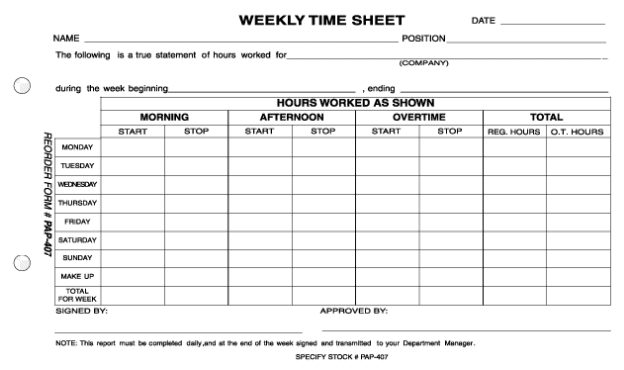 Traditionally, timesheets don’t do a whole lot, but they are good at one thing — answering every manager’s basic question:

What have you been working on?

While this sort of information is obviously important for calculating compensation, it’s not exactly helpful beyond that.

But with the advent of software-as-a-service (SaaS) software and timesheet apps, all that is starting to change.

In the 21st century, timesheet apps are making time-tracking easier — and more powerful — than ever before. And today, independent freelancers, managers, and teams alike can benefit from the advantages of mobile timesheet apps.

It’s a far cry from the sundial.

…and means you can:

And that’s just the beginning.

The advantages of timesheet apps for freelancers and managers are diverse.

Timesheet apps make it easier for freelancers to log their time, easier for managers to keep track of what’s going on and how much progress is being made, and easier for clients to stay updated on current projects at a distance.

Here are just a few of the many benefits time tracking software offer freelancers and team managers:

Remember what I said earlier? TIME IS MONEY. And when you’re a manager supervising multiple employees or freelancers, or a freelancer juggling multiple clients and projects, it can seem like there are never enough hours in the day.

Given that, tracking time might seem counterintuitive. After all, time-tracking takes time itself… and there’s real, money-making work to be done, dammit!

But here’s a little secret:

Time tracking software can actually save you time.

The thing is, time tracking software makes tracking time more convenient and valuable than ever before. Whereas manual timesheets were cumbersome and time-intensive, tracking time with modern software is as easy as pressing “Start” on the desktop or mobile app.

But time tracking software doesn’t just make tracking time easier and faster for managers, their employees, and freelancers. These apps’ advanced reporting features mean you can identify inefficiencies, bottlenecks and “time sucks” that are ruining your profitability.

If spending a few minutes per day tracking time could save you hundreds or thousands of dollars in lost productivity, would you do it?

Time-tracking software cuts back on costly mistakes associated with traditional timesheets. Real-time tracking eliminates the Friday afternoon scramble to remember what projects were worked on when — a frustrating, error-prone process familiar to folks tracking time manually.

If you’re a manager, you know that getting employees to fill out their timesheets can seem like pulling teeth. If you’re a freelancer, you know how easy it is to put off completing your timesheet until the last minute… But unless you’re tracking time continuously, mistakes are almost inevitable.

It’s a fact of life: people procrastinate, or worse yet, half-ass it, leaving managers and freelancers with error-ridden timesheets and no way to accurately assess progress.

This is especially problematic for freelancers and companies that rely on timesheets to bill clients by the hour or calculate retainers.

Not only does advanced time tracking software reduce errors, but apps like Hubstaff even feature “idle timeout” warnings, which allow users to keep or discard inactive time.

Considering implementing employee timesheets? Check out these helpful tips and tricks for any business.

Whether you’re a freelancer or a manager running a team, it takes a LOT of time to actually run your business.

From quoting jobs to invoicing, managing payments to communicating with clients, administrative tasks can easily eat up a good chunk of your workday.

Imagine you’re a freelancer or manager NOT using time tracking software. Consider all the time you spend on tedious administrative tasks that could otherwise be spent on actual, profitable work.

Without accurate time-tracking, you face a slew of time sucks:

These sorts of time sucks are EXPENSIVE!

Simple online timesheets that reduce administration so you can focus on what’s most important - your people and clients.

By one recent estimate, the U.S. economy loses 50 million hours, or $7.4 billion per day, in productivity due to inaccuracy in timesheets.

The U.S. economy loses $7.4 billion per day, in productivity due to inaccuracy in timesheets. Click To Tweet

With time tracking software, you can say goodbye to that kind of costly inefficiency.

Which means MORE MONEY IN YOUR POCKET.

“Having such a deep level of insight into how your company spends its time can also help you to make big improvements in the way your company runs its projects.”

Time tracking software’s reporting features can reveal roadblocks and bottlenecks in a project, and allow managers to jump in and troubleshoot processes, workflows, and communication to solve the problem — before it becomes an expensive one.

If you want to be an effective manager, you can’t (and shouldn’t) be looking over employees’ shoulders. You need to be able to trust that employees are working on the right thing at the right time.

And if you’re a freelancer, you know it better than anyone: saving even just a few minutes a day can make a big difference in your bottom line.

Time-tracking software like Hubstaff, Harvest, and Toggl make identifying inefficiencies and course-correction easier than ever.

The best timesheet apps allow managers and freelancers to:

Timesheets are no longer a hassle

Whether you’re a freelancer or a manager, tracking time is critical for increasing efficiency, productivity, and profitability.

And, thanks to mobile time tracking apps, tracking time is easier, faster, and more affordable than ever before… no matter where work takes you.

Beyond that, mobile technology and a slew of convenient features means getting employee buy-in and ensuring compliance is easier than ever before.

Are you freelancing or managing a team? Do you track your time? What works (or doesn’t work) for you? Share your experience in the comments!

A Day in the Life of a Startup CEO