In some situations, it’s a minor problem at best. But think of it this way:

Imagine you’ve been told you need to stand on one foot for eight hours.

That sounds like an impossibly long time, doesn’t it? Eight hours might as well be an eternity.

But, what about in the context of your typical workday? Well, suddenly eight hours doesn’t seem quite so lengthy. In fact, it whizzes right by.

You and your team reach the end of the day with a good chunk of your to-dos still untouched.  You haven’t made any progress on your most important goals. You’re missing deadlines and you all feel like you’re spinning your wheels.

What gives? Eight hours should be more than enough time to gain some meaningful momentum, so why are you stuck in neutral?

If you find your team in this situation often, wasted time at work might be a bigger problem than you realize.

Time gets away from us

As much as you and your team like to fancy yourselves productivity powerhouses, chances are good that you fall victim to some time-wasting activities in the workplace.

You aren’t alone. Most of us struggle to maximize our work hours, as evidenced by wasting time at work statistics like these:

Those statistics are alarming, but here’s the good news:

Whether you’re trying to boost efficiency for your team or want to find ways to work more efficiently yourself, you can nip time wasters in the bud and make the most of your work time.

From the coworker who constantly stops by to chat to the relentless pings of incoming emails, there are always plenty of distractions. Interruptions sabotage your focus and productivity.

Identifying your time wasters is your first step in minimizing them.

Let’s break down some of the biggest time wasters so you can identify the traps you and your team might fall into.

It’s tempting to point the finger at personal chats or social media scrolling, and those things do cut into productive time.

But you might be surprised by the work-related tasks and distractions that throw your team off track. If things aren’t getting done, it’s probably not because your team spends all day on Facebook.

Look for these less obvious productivity killers in your company:

The average person sends and receives an estimated 121 business emails each and every day.

Reading and responding to email can easily eat up a whopping 28% of the workweek.

Plus, think of how long it takes to dig through old messages looking for that one important thread where someone shared a document.

If your company tends to be email-heavy, you’re wasting hours of productive time.

Chat programs like Slack have replaced emails for quick and casual conversations.

Both remote and co-located teams use instant-message style tools for work related communications. They’re great for group conversations and team building, too.

Those persistent pings can rip attention away from the task at hand, though.

It takes a little over 23 minutes to refocus after a distraction, which explains why 34% of employees say they’d get more work done if they uninstalled their work chat platform.

These gripes are justified.

Your team isn’t whining just because they don’t want to see their coworkers. Meetings pull entire groups of people away from productive work for huge chunks of time.

Every single week, people spend a little over five hours in meetings. Even worse — 67% of workers report that excessive meetings keep them from doing their best work.

Most of us are physically incapable of focusing on more than one thing at a time. Yes, even moms. The stereotype that women are great multitaskers is just a productivity-draining myth.

In fact, multitasking can decrease productivity by as much as 40%.

There are lots of reasons people try to multitask at work, from approaching deadlines to repeated interruptions.

You might feel like you’re getting more done, but you’re just making the same tasks take longer and probably delivering worse results.

You hired your team for their skills and expertise. Don’t you want them to focus their time and energy on the valuable work you’re paying them for?

The average worker spends at least one workday each week on repetitive tasks that could be automated.

That’s not just a huge waste of time. It’s also a waste of money.

Use Hubstaff to identify time-wasting activities and improve your team’s productivity.

You know it’s unreasonable to expect your team to be focused on work 100% of the time. They’re humans, after all.

However, personal distractions are another big culprit when it comes to time wasters in the workplace.

Here are some time wasters to watch for:

An innocent peek at Instagram during a coffee break is fine. The problem is that those short peeks quickly add up when you check your feed 5 or 6 times every day.

Research shows that employees spend at least an hour and a half every day scrolling through their social media accounts during work time.

Over the course of a week, that’s 7.5 hours of scrolling.

You can lose almost an entire workday to social media every week!

It’s hard to resist taking care of some personal tasks during work hours. A little internet shopping is a common way to take a quick mental break.

57% of U.S. employees confess to online shopping while on the clock.

Most likely, this isn’t a daily thing for the majority of your employees. After all, who can afford to go shopping every day?

When you’re struggling with team productivity, though, these little time wasters can make a lot of difference.

Chatty coworkers, text messages, and even personal phone calls can take a bite out of your day without you even realizing it. Have you ever gotten talking and realized that an hour slid by before you noticed?

As counterintuitive as it sounds, you should encourage personal conversations between coworkers.

Sure, it takes some time away from your to-do lists, but it’s also important for your team to build friendships and trust. Remote teams are wise to actually set aside time specifically for chats between coworkers.

Texting and talking to people outside of work is a little different, though.

It’s best to keep an eye on the amount of time you and your team spend chatting and texting with non-coworker friends.

Workers spend an average of 56 minutes per day using their personal phones for non-work-related activities. That doesn’t mean you should ban cell phone use, but it’s smart to keep an eye on it.

How to encourage your team to stop wasting time at work

Add all those time wasters together. It’s amazing that you manage to get anything done!

With a solid understanding of where all your work time goes, you’re ready to empower your team to be more efficient and productive without making them feel like they’re being punished. After all, you waste time, too.

By being supportive instead of critical, you’ll find it easier to get your team on board. They probably want to get more done, too!

Here are a few ways to stop employees wasting time at work.

It’s hard to use your time more efficiently if you don’t really know how you’re using your time now.

That’s why time tracking and productivity software is so helpful. With app and URL tracking, apps like Hubstaff will give you and your team a detailed picture of where your time is going.

Often, there’s a big difference between what you remember doing during the day and what the recorded time tracking data shows. You might think you only spent 20 minutes browsing social media yesterday, but the report can show that it was actually more like 95 minutes.

It’s like every 12-step program says: the first step is admitting you have a problem.

Worried that your team will buck against this type of monitoring? That’s a valid concern. Fortunately, 79% of employees say they believe it’s okay for their employers to monitor their work-related tasks.

It’s also a good idea to consider how you implement employee monitoring for the best possible results.

You know firsthand that it’s challenging to get into a flow state when things keep interrupting.

Do your entire team a favor by leaving enough time for focused, deep work.

You can schedule a team-wide, meeting-free block of time, or you can designate a specific day with no meetings allowed. Encourage people to block off time on their own calendars for uninterrupted work.

If you work in an office, you and your team might want to decide on a signal (like wearing your headphones) that lets other people know you’re zoned in and shouldn’t be interrupted. For remote teams, do-not-disturb mode is your friend.

Normalize deep work on your team, and make it clear that messages might not be answered immediately. There doesn’t need to be any extreme sense of urgency for Slack messages and emails.

Say so long to the meetings that should’ve been emails.

Require every single meeting to have an agenda so your team needs to think clearly about what they want to cover. You’ll use the time more wisely and cut down on unnecessary attendance.

With a roadmap for every meeting, you have productive conversations rather than bull sessions. Have a goal in mind and handle all your brainstorming and ideation ahead of time.

This will probably remove a lot of unproductive meetings from your calendar. You’ll identify topics that can easily be covered in an email and cancel anything that isn’t ready for a group discussion yet.

Say “so long” to the meetings that should’ve been emails.

Don’t waste your team’s brilliance on easily automated tasks. Provide tools that can automatically handle some of their most time-consuming to-dos.

Even something as simple as creating templates for common documents can help you get things done much faster.

These small changes mean you and your team have more time and brainpower for your most important work.

Wasted time at work? Nip it in the bud

It’s discouraging to realize that you and your team are falling victim to common time wasters at work. The good news is that you can fix it.

Use this as your guide for identifying time wasters that are sabotaging your team, and then take steps to make the most of your time on the clock.

Here’s one last productivity tip for you:

Get the best productivity advice sent right to your inbox.

The Hubstaff Blog is an excellent resource for productivity and management tips. 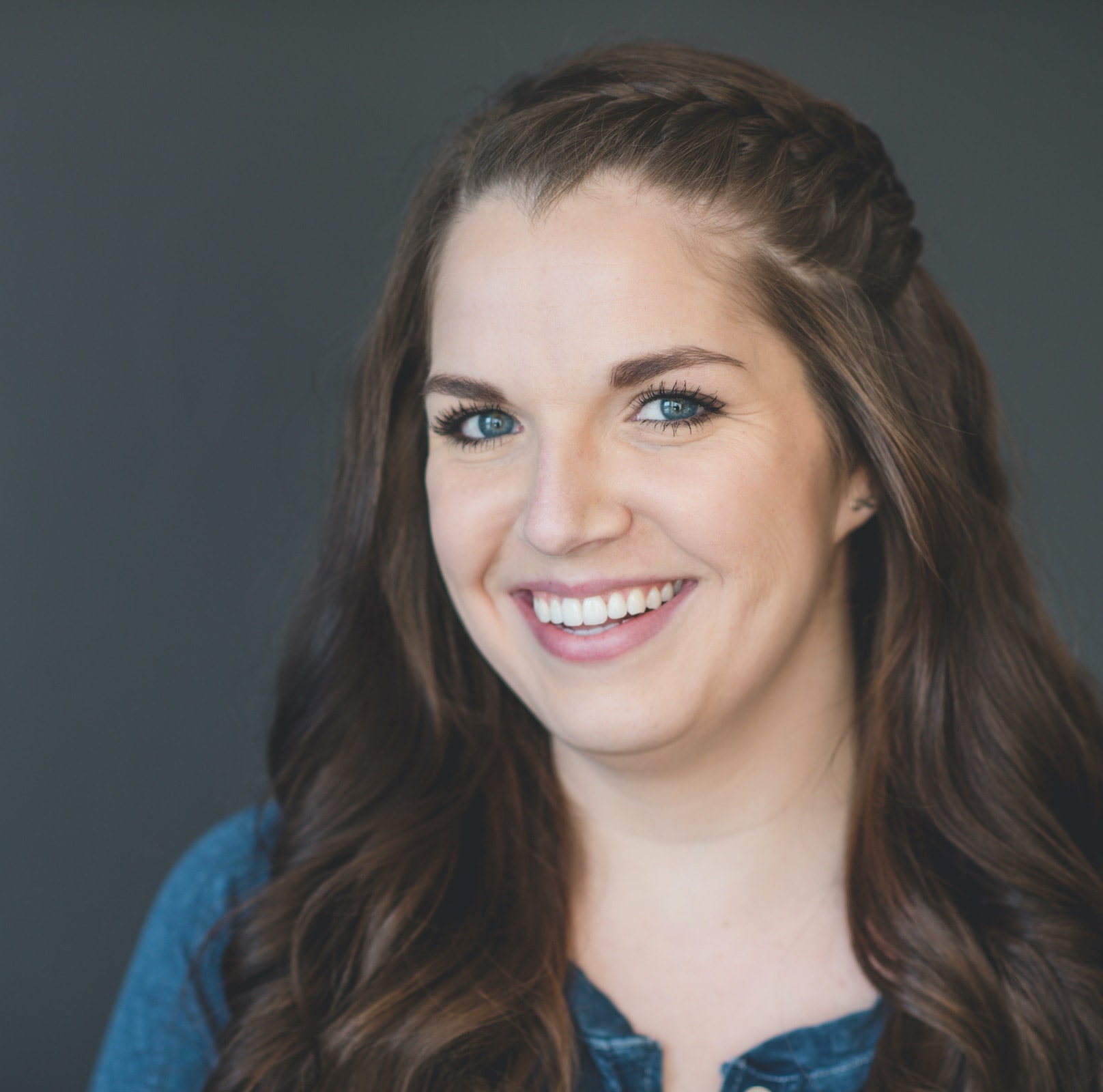