Hindsight is a beautiful thing. Over time, you can look back on something and see exactly where you went wrong. This prevents you from making the same mistake again.

Unfortunately, more than half of startup founders reach this place of enlightenment when it’s too late.

From working as a consultant with dozens of startups over the years, I’ve witnessed the mistakes that slow startups down or cripple them completely. In this post I’ll discuss those mistakes to give you a better chance of avoiding them.

There’s a reason certain cities are known for startups: Austin, Silicon Valley, Seattle, and Boston to name a few. By being in these cities you can grow your immediate network of colleagues, mentors, and like-minded friends much faster. You can also take advantage of incentives and tax breaks these cities offer new companies.

On one of the most popular episodes of the Tim Ferriss Show, Naval Ravikant, the CEO and co-founder of AngelList, said he moved to Silicon Valley because it was the natural place to go if you wanted to grow a tech company. (Ravikant was an early investor in Twitter and Uber, and AngelList just acquired Product Hunt, so he knows a thing or two about startups.)

2. Not leaving your day job

While you may hear stories of startups that crash and burn, the most common fizzle out before anyone ever really notices them. Often this is because entrepreneurs aren’t 100% focused on the business. While a terrifying choice to make, not quitting your day job can really spell the end of your startup.

If you ever watch Shark Tank, you’ll notice that Mark Cuban passes on opportunities right when people say they have another job. In his eyes, if you’re working somewhere else, you’re not committed to working on growing the business to its fullest potential.

In an interview with Business Insider, Cuban said that “when the needs of the company demand your full attention, it’s time to stop hedging your bets.”

3. Taking the leap all by yourself

According to Josh Hannah, founder of Betfair, there are more successful startups founded by two or more people than one. In a survey he conducted with some of the most successful Internet companies, he found that 20% of startups have one founder and 80% have two or more.

With a partner and co-founder you can share the workload. You can avoid mistakes that are hard for one person to see and share the burden when things go south. While it’s great to have someone to share the high points with, not being alone at low points is just as important.

“My favorite analogy for one founder vs two or more,” says Drew Houston, cofounder of Dropbox, “is that it’s possible to raise a child as a single parent, but vastly more challenging and personally taxing to get the same outcome [as two parents do].”

4. Not having enough money

Danny Carberry of Food Tech Connect knows this all too well. He has seen his own startups fold under the weight of his own poor planning. “I remember burning through my loan prior to opening day,” he said in a blog post.

The point is: You need to know exactly how much cash is needed to create something tangible. To do this you need to have an itemized plan of what each part of the project costs.

While it’s important to have a plan, you also need to be open to change. You need to see better ideas and processes when they’re in front of you rather than focusing on your first idea just because it’s yours. Change can be the thing that puts your business over the top and makes it a roaring success.

Gaming giant Nintendo is an excellent example of this.

Created in 1889, it was originally a company dedicated to making playing cards. After several failed ventures into taxis, TV networks, and “love hotels,” the company finally found its footing. It went into the video gaming industry in 1974 and never looked back.

A little bit of fear is healthy. It keeps you on your toes. Stubbornness, on the other hand, is a disease that makes you stumble.

6. Being too slow to launch

While you may seek utter perfection before releasing anything, releasing nothing will get you nowhere. Focus on one thing you can release. Set a date that forces you to finish it. And when that date comes, launch it – even if everything isn’t how you expect it to be.

This Baremetrics interview talks about a startup “failing slow.” The business owner being interviewed admits his company failed because he allowed himself to be handcuffed to bad decisions when starting out.

Letting bad decisions drag on is another way of making failure inevitable. If it’s not right, fix it or cut it away. Then move on.

7. Being too quick to launch

You can be the opposite and be too quick to launch.

How can you tell if you’re going too fast? Judge your release by its utility. Is what you’re releasing useful? Ask some friends and do a beta test to find out. If it’s not useful, don’t launch it.

Geode is an example of a business going too fast to market. It could have been a success but they made the mistake of being tied to another company. Their product was designed to work with the iPhone 4, but just after release, the iPhone 5 was released.

The lesson? Keep timing in mind (the when), as well as utility (the what).

8. Having a poor hiring process

When your budget is tight, an economical option is to hire freelancers from places online. You can also hire contractors instead of full-time employees. Whatever you do, make sure you have a hiring process in place. You don’t have to create this process on your own when starting out. You can steal a process from another company.

The application development company Messapps has a remote team and a hiring process in place used for every candidate. If you need a developer, you can steal their hiring process here.

Whether you need to hire a developer or other professional, start with another business’s process and adapt as you move forward. This makes things much easier.

9. Not having a problem-solving mindset

You’re developing a business to make money, but don’t put profit before the goal of solving people’s problems. Look at profit as the result of your goal: to create something useful. Don’t let profit be the goal itself. This speaks to the idea about utility in point 7.

Trying to carry out every single part of your business is impossible. If you try to do it, the quality and speed of your startup will suffer. While you might not be in a position to take on permanent staff, there are plenty of low-cost freelancers who can help you out. (You can find these freelancers on the freelance marketplace Hubstaff Talent.)

In his book The 4-Hour Work Week, Tim Ferriss says you should outsource anything you think someone else can do 80% as good as you. This approach will free up your time for the 20% of things only you can do. These are the things that will make your startup succeed.

Some startups seem to focus on small, obscure niches in order to avoid competition. Finding an untapped market is a strategic approach, but it can limit your growth if you’re doing it out of fear. The truth is that there will be competition in virtually all circumstances.

If you’re worried about your competition, you need to have a long, hard look at your product/service. Is it as unique as you think it is? Maybe there’s someone already doing what you’re doing, or making something similar that actually does the job better.

Which mistakes have you made?

These are just a few of the thousands of reasons half or more startups don’t make it. Whether you’re an outlier that’s made one of the mistakes above and has still made it, or have made a mistake not listed here, I’d love to hear from you.

Go ahead and share your story with everyone in the comments. 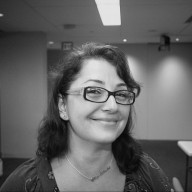